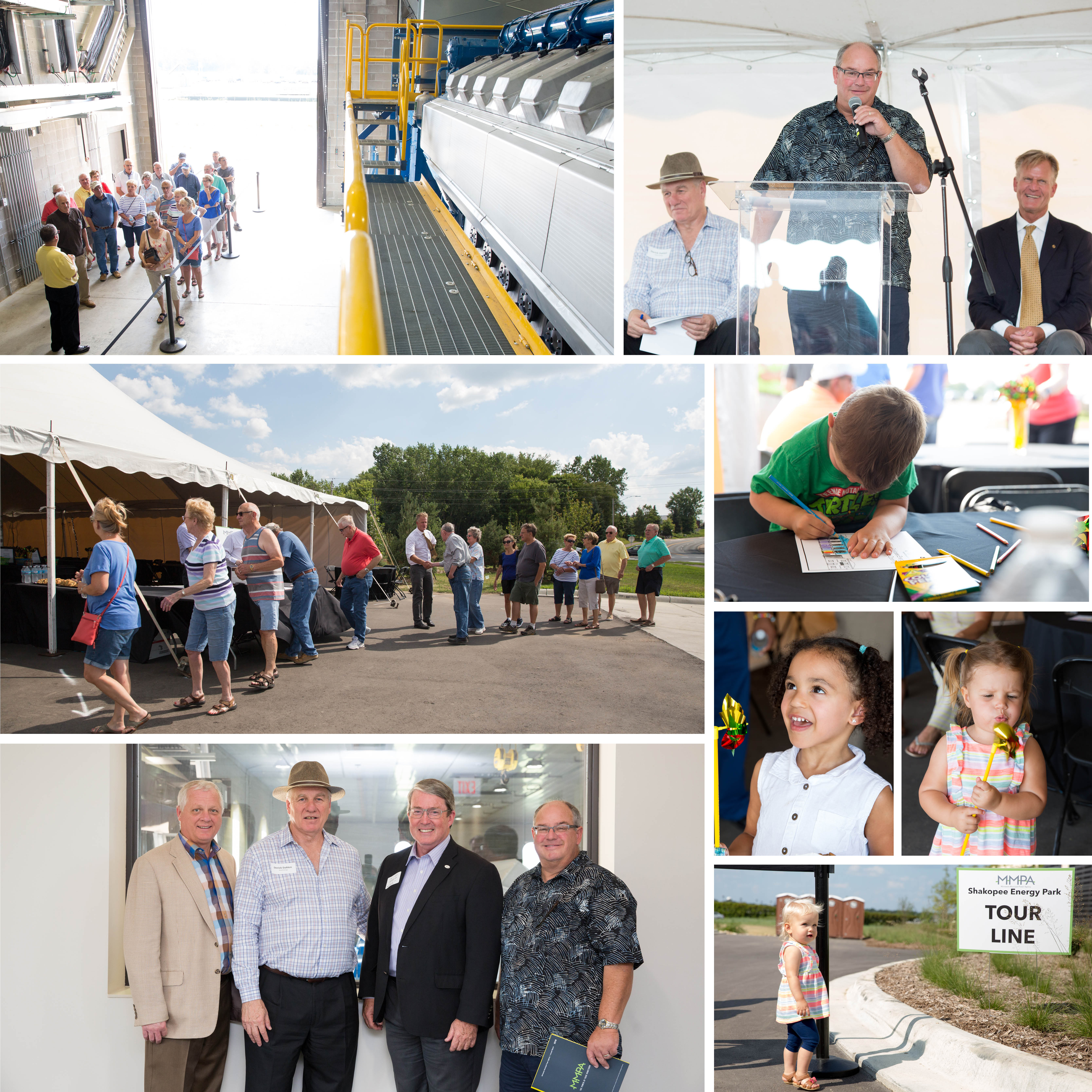 MMPA’s new natural-gas-powered plant opens its doors to the community.

Speaking to a crowd of local citizens invited to the grand opening, Shakopee Mayor Bill Mars said it is “an honor” for Shakopee to be chosen as the site for MMPA’s power generation facility. Other MMPA-owned power generation facilities include Faribault Energy Park, Hometown BioEnergy in Le Sueur, Oak Glen Wind Farm near Blooming Prairie and the Minnesota River Station in Chaska. A solar installation is under development near Buffalo.

John Crooks, Shakopee Public Utilities Manager and Chairman of the MMPA Board of Directors, said, “Shakopee Energy Park is part of MMPA’s commitment to clean, efficient power generation.” Crooks said, “I have been told that residents did not even know that we were up and running and we have been operating since February.” The facility uses silencers on each engine and sound absorbing building materials to prevent noise from reaching neighboring property.

During the dedication ceremony, Derick Dahlen, President and CEO of MMPA’s management partner, Avant Energy of Minneapolis said, “Shakopee Energy Park is good for every MMPA community because it provides power supply flexibility and protects our members against price volatility in the marketplace.”

Dahlen also pointed out that in addition to power supply, MMPA supports its member communities by providing annual educational programming at its power generation facilities.

During a tour of the power facility, local residents learned some interesting facts: